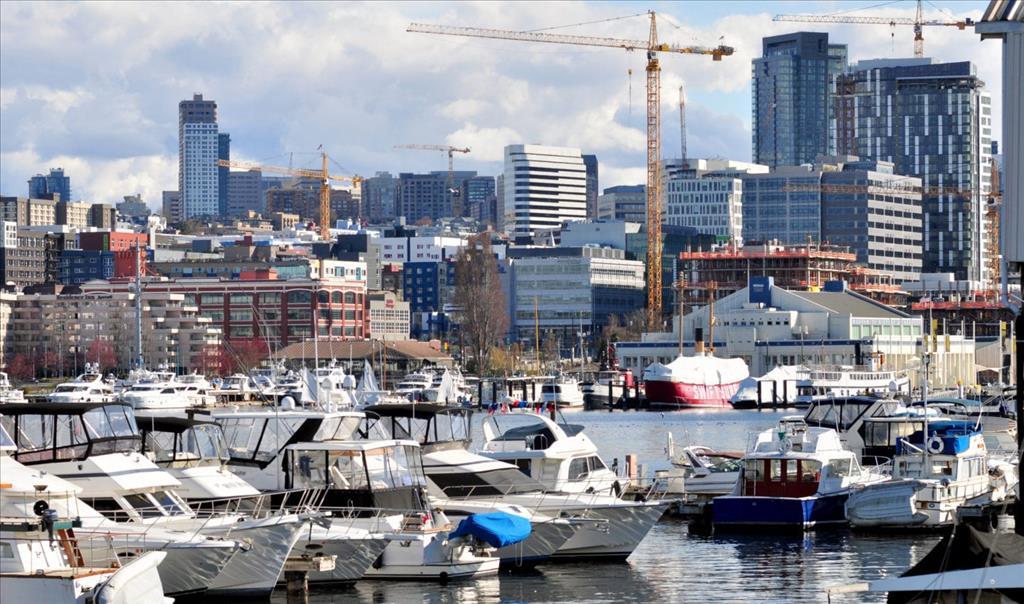 When Seattle was founded in 1851, Lake Union was the backwater of a backwater town. A natural dam at Montlake sealed it off from Lake Washington, while only a tiny stream through Fremont drained it into Puget Sound. Development accelerated after David Denny built the Western Mill in 1882, near the site of today’s Museum of History and Industry, and cut a weir to float logs between the lakes. Homes soon began to appear on Lake Union’s south shore, many housing immigrants from Scandinavia, Greece, Russia, and America’s own teeming East. In 1894, the Cascade School opened in the heart of the neighborhood, and with its nearby playfield, soon became its soul. In 2007, Amazon announced that it was consolidating its Seattle operations in South Lake Union, triggering a massive and ongoing growth spurt.

To take this walking tour of the South Lake Union neighborhood, visit HistoryLink.Tours.